The Osun state born multinational business-man Dr Adedeji Adeleke is the father of one of Nigeria’s biggest Artistes David Adeleke with stage name Davido. Dr Deji Adeleke aside being business man, oil magnate, Philanthropist and President of one of the most popular private universities in the country, Adeleke University (one of the private universities with the cheapest tuition fee), is also, one of the richest men in Nigeria.

He is a man with the Midas touch, anything business he invests in flourishes, many attributed this to his connection in the government level, even though there might be an atom of truth in this claim, we cannot help but admire his business philosophy. When interviewed, he said for every business to succeed, it must have a philosophy and strategy (secret) which must be held on to tightly in order to remain relevant in business. 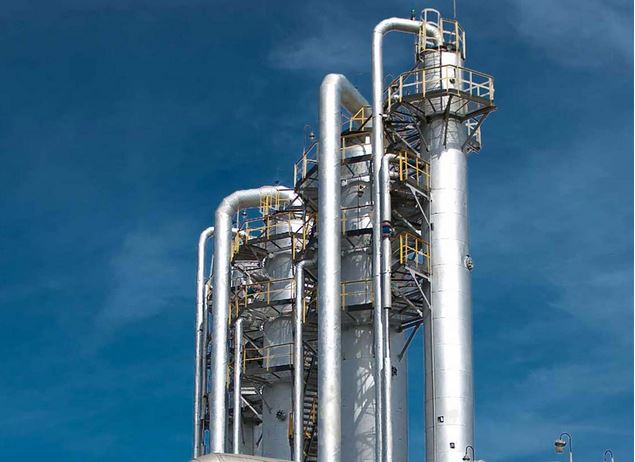 The above companies are listed under Pacific Holdings Limited, a group of company worth over 500 million US dollars according to Bloomberg. 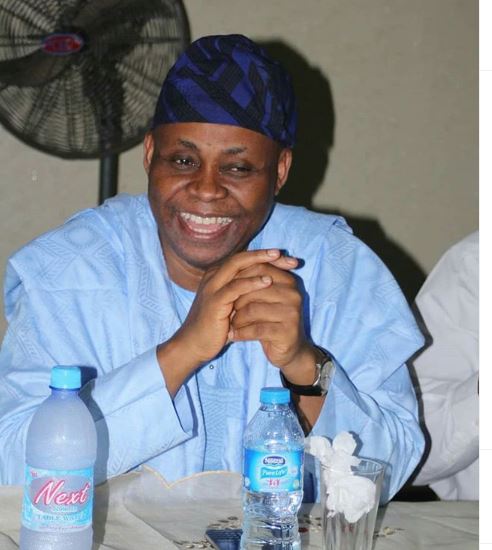 Dr Deji Adeleke was born on the 6th of March 1957, Married to Dr Mrs Vero Adeleke who passed away in 2013, blessed with three (3) children Adewale Adeleke, Sharon Adeleke and David Adeleke (Davido).

Not many are aware of the power entrusted in his personality. Not until Davido became a super star, did Dr Deji Adeleke become known, only a few knew the power and finance controlled by him. In fact at the early stage of Davido’s rise to stardom, his house became a home to upcoming celebrities and due to his caliber of person (introvert) he bought Davido’s first house for him in order to prevent the trooping in of unknown faces

Dr Deji Adeleke is a man of few words, an introvert by nature but a dynamic business man. He has chains of business in almost every sector of the economy ranging from hospitality, to Oil and gas, shares in one of the biggest Telecommunications companies in Nigeria, farming and so on.

He is not a born politician but has a firm grip on happenings in the political activities at both state and Federal level, he is truly a force to reckon with.

What You Stand To Learn From The Topic: Mr Deji Adeleke (Davido’ Father) Net Worth and Biography 2020


Being a man with class and taste, Dr Deji Adeleke has properties all over the country and beyond. He has a state of the art project at Banana Island worth about 400 million Naira, a multi million naira mansion worth over 400 million naira at Lekki, Landed properties in prestigious cities, buildings in Abuja and other choice areas in Nigeria and other African countries.

As an international business man, it is conceivable to own properties overseas most especially in countries you transact business dealings. Dr Deji Adeleke owns a powerful multi-million dollar structure in Atlanta Georgia where all his kids were born.

Just recently, there were rumors about Davido expecting the delivery of a brand new private Jet, little did we know it was his father’s (Dr Deji Adeleke) private jet he was referring to. When quizzed about how possible it was for him to finance a private Jet, not just a private Jet, but a Jet worth over ($45 million) approximately 16.2 billion Naira, an amount we know OBO cannot cough out alone, however, he claimed that what belongs to his father equally belongs to him so in essence Davido’s father’s private Jet isn’t directly Davido’s private jet, we could say it is a family property.

Dr Deji Adeleke currently has two (2) private jets, exotic cars, landed properties scattered across Nigeria and overseas, has built a legacy which would last for generations to come and so on.

He is an astute business man with discipline nit just business wise but even to his nuclear family. This can be confirmed on Davido’s ability to complete his university education and partake in the NYSC scheme despite the fame and cash rewards attached to his life style. The father’s stance on discipline was able to curb his excesses and this has made him and his siblings better placed and respected despite the ages.

1. Pacific Drilling Company Limited: company to engage in the business of procuring potable water via the drilling of boreholes and water treatment activities. The company handled all water supply related problems from geophysical surveys through water treatment to the connection of the water supply system itself.

2. Pacific Farms Limited: purely mechanized farming business, Pacific Farms spotted an opportunity in the industry for the importation and supply of sophisticated farming equipment including materials such as High-Tensile Reinforcing Bars, Mild Steel Bars, and Coils.

3. Inter-trade Warehousing Limited: As the name implies , the sole purpose of setting up this company is for providing warehousing facilities for importers and exporters of raw materials and finished products across all Nigerian states.

4. Junior Ventures Limited: This company is into the production of poly-propylene woven sacks, incorporated in March 1990 with its factory located in Ede, Osun State, Nigeria. It has the capacity to produce over 10,000,000 woven sacks in one calendar year.

5. Pacific Freight-liners Limited: This company render freight services, one of which is the provision of prompt and efficient cargo freight services to organizations at highly competitive prices and terms.

6. Pacific Gas Company Limited: Established in 1995, Pacific Gas Company was engaged in the bottling and distribution of Liquefied Petroleum Gas for domestic and industrial consumers but now with an ambition to establish fully into Nigeria’s lucrative power and energy sector.


Judging from the above, you must have been thinking out loud the net-worth of Davido’s father (Dr Deji Adeleke), Do you know his father is the mastermind of the Banana island master-plan? do you know his elder brother Isiaka Adeleke popularly known as the Dancing senator (B’Red’s father) was the first civilian governor of Osun state?

Though many would attribute Deji Adeleke’s net worth and riches to the fact he’s an offspring of a wealthy family but truth be told, he has managed to build a dream company, an empire, a fortune, a conglomerate and a means to an end for most Nigerian youths (graduates and non graduates).

Dr Adedeji Tajudeen Adeleke’s net worth according to Forbes is currently as at today estimated to be worth over 850,000,000 million US dollars, a feat he is sure to surpass in the nearest future. Hats off to him.

What is your opinion as regards the above? is he worth it or are you of the suggestion Deji Adeleke is worth more than the estimated figure posted above? We would like to hear from you via our comment section below.