The driving force of the modern world is information. The quest to move and to keep moving in the right direction and to carry out our daily activities (like work entertainment, healthcare, education and personal relationships) compels us to depend on information and communication. 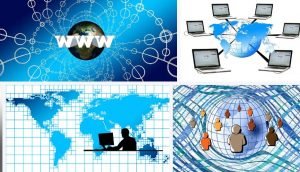 Our decisions, actions and inaction depend largely on the information at our disposal. This has made the market for information highly competitive.

Mass media in Nigeria is characterized by the following:

(a) Information Overload on the Masses

The audience now has so much option on how to obtain information or on the source of information required. Hence, the media that want the attention of an audience must produce good quality materials deemed appropriate by the reading or viewing audience.

(b) Information Overload on The Mass Media

Requests for coverage, press releases and story ideas represent some of the numerous sources of information for journalists. As a result, organisations or individuals that wish to attract media attention must produce good quality information and PR material that would catch the attention of the media.

(c) Over-funding of Publishers and Advertisers

Funders and advertisers are flooded with many more requests than they can meet. This engenders the need to produce work of high quality that would attract advertisers and funds from funding agencies, say for NGOs.

The Role of Mass Media In The Society

Khouri (1999) identifies the role of the mass media as:

Influence of Mass Media In The Society

The media have negative and positive influence on people, especially the youth. Organisations spend a lot of money every year on advertisements and promotions. Youths have been known to buy what they see on television, what their favourite celebrity advertises or promotes, and what is acceptable by society based on the
fads that the media have imposed on them.

Teenagers can be lured into smoking and other negative acts. Media experience like constant exposure to sensual messages can lead to premature sexual activity. Excessive depiction of violence in movies can make a teenager adopt a violent lifestyle.

Young people are known to adopt the images or personalities created by the movie Industry as their role models. To “belong” and be “accepted” by friends, the teenager could adopt the artificial lifestyle of his or her role model.

Youths can, on the other hand, be made to take keen interest in sports, particularly if me sports are attracting a lot of media attention. This would enhance the outlook, health and well-being of the youth. This is a positive influence.

The media also have a huge impact on society at large. They shape public opinion. Politicians are known to use media to influence public opinion in their favour.

What Are The Consequences of Mass Media

The foregoing can be projected to have the following consequences on the practice
of mass communication:

Politicians depend on media appeal for political gain and to reach voters. They avoid controversial and complicated issues by resorting to short slogan and entertainment in their campaign messages.

b) Personalization of Contents

Since political debate is now more of entertainment, attention tends to be focused on the personality of the politician rather than the message. Thus, many politicians, especially in the “developing world, get away with avoiding serious local, regional and national issues.

According to Brownstein (1991), many people perceive the world as more dangerous and evil than it really is. Thus, they demand even stricter measures to fight the deviance. The perceived danger is a danger to the society as a whole rather than the individual. Regionalization of Media Power simply bolstering or better put, favoring some regions with medially over others. This can cause an uneven balance of public expression whereby some have access to air their views while others don’t thereby reducing the quality of news.

The Future of Mass Media In Nigeria

Adesanoye is of the opinion that Nigerian print media are not yet true mass media of information. He recommends development-oriented features and news stories are targeted at the general audience. More articles on family planning, health care, improved agriculture practices, education and other matters that concern sections of the population should be regular features in our media.

The “Western World” should serve as models, he feels. The reason is that countries of the “Western World” have developed to an extent that their audiences can find needed stimulation in a journalism that is mostly concerned with the unusual.

The mass media are expected to continue to shape people’s values, beliefs and decisions. Television, for instance, could be expected to play more critical roles, perhaps constantly influencing people by exposing them to more images of violence, advertising, explicit contents, celebrities and much more non-educative materials
Key areas that are likely to attract the attention of mass media now and in the future
are:

The Role and Power of Mass Media has a far reaching influence as well as consequences if not well managed, hence be regulated but at the same time not entrenching on the freedom and rights of expression and speech of the citizens.

With the above, you should be able to conveniently carry out the following assignment when you come across in any examination or debate;