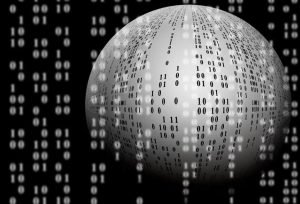 As stated above, generally, the types of information system can be categorized into 5, namely;

A Transaction Processing System collects and displays the Information regarding individual transactions and stores it as a record in a transaction file. For example, a Point of Sales (POS) transaction system collects the ID number, price, and quantity of each item sold and calculates total amount due for a sale.

The data from a POS system may be passed to an inventory control system which deletes the quantity sold of each inventory falls below reorder point, generates a record for reorder file. If order cannot be filled it generates an out-of-stock record.

A general accounting system is a transaction system the records the financial status of a business by keeping track of all payments received from customers, amounts billed customers, payments issued to vendors or creditors, am owed to vendors and creditors.

Management Information System (MIS) is a system used to collect, organize, and display information for workers and managers in an organization to support them in making decisions.

Information systems provide lesser degrees of help as we move from structured to unstructured problems.

Sources of Information for MIS

There are two sources of information in MIS:

Kinds of report generated are:

The following reports are generated in MIS:

Generally these reports are produced on a scheduled basis (e.g.daily, weekly).

A decision support system allows users to manipulate data directly and produce on-demand reports. These reports help managers and workers make non-routine decisions or solve semi-structured problems. A decision support system is used to make a decision model of a real-life situation which can then be manipulated to provide data use decision. A decision query is a formulation of the data that needs to be collected to make a decision.

A DSS supports the process of decision making by the manager or worker. It does not make decisions. It incorporates modeling tools such as spreadsheets which allow the user to examine effects of changing parameters. For example what happens if mark of share increases from 10% to 12%, or if costs of supplies goes up to 15%. Also, a DSS incorporates statistical tools so managers can study trends, access internal data in the company’s transaction system and external data.

An expert system is a computer system that mimics the behaviour of a human expert in a particular arena to actually make decisions. An expert system contains a knowledge base of facts and rules which are developed by studying the human expert. It also contains an inference end is an inference engine which follows the rules in the knowledge base to analyze data for a particular task and make a recommendation. Expert system designed for medical diagnosis to diagnose a particular illnesses and recommend treatments troubleshooting electronic equipment, making loan decision, underwriting insurance policies, etc.

Basically, there are three levels of management within an organization. Because management at each level has
different responsibilities and must make different decisions, hence different types of information;

These are the managers or senior managers responsible for long-range planning, setting the goals of an organization, determine where new markets will be, and strategic planning or strategic decision making. Forecasting reports aid in their decision making. Question such as “what will the organization be doing
in the next 5 years” are asked by Executive managers. This group of management use information system for
decision support.

The middle managers are responsible for designing strategies to achieve the goals formulated by the executive managers and how to deploy the firm’s human, physical, and financial resources. They are also in charge of tactical planning. Middle managers use information system for decision support to help in evaluating different strategies

These are the supervisors and they are responsible for the day-to-day operations. The supervisors also schedule and monitor workers and processes. They use computers to assist with these tasks.

The managers and some workers are users of information system. Information workers are programmers, system analysts, accountants, writers, secretaries who use computers directly in their unit. They either use it for word processing, calculations and program development.

It is called a life cycle for two reasons. Like a living being, an information system has different stages it goes through. The process repeats itself when an existing system is replaced with a newer one.

Steps 1 through 4 may take a few months each. Step 5 may last for 2 or 3 years. During this period it may be necessary to make changes and the steps followed for the system as a whole are followed to institute the changes. At useful period of a system, there are enough problems that need to be fixed, then it is better to design a new system than try to maintain the existing system.

a. Bring together a system development team consisting of systems analysts, managers and users of the
system.

b. Identify the problem areas. Determine the shortcomings of the existing system and new features
that should be in the new system.

a) Identify several three or four alternative solutions. Generally there may be more than one way to design a
system. Some of the solutions might involve developing the system in-house using a programming language.
Others might involve purchasing an off-the-shelf system that meets the user requirements, or customizing a
software package that you purchase to meet your needs. Developing the system in house is the most time-
consuming. There are application development tools that can speed the process.

b) Evaluate the alternatives and Select the Best. List the evaluation criteria and eliminate any solution not capable of performing the job. Then perform a costs/benefits analysis on the remaining solutions to find the best one. This means list the advantages (benefits) and disadvantages of all of them and determine the relative costs of implementing them. Pick the one that provides the best performance for the lowest cost.

c. Purchase any required hardware or software needed for the development and installation of the new system. Send RFP (Requests for proposals) to possible vendors describing the problem and solution you wish to follow.
Ask for equipment proposals that will meet the system requirements. When you decide on possible equipment configurations from different vendors, send out RFQ (Request for quotation).

d. Develop applications specifications which describe exactly how the system should interface with the user, store data, process data, and format reports. This is documentation that implement it. It may consist of the same information as the documentation of the existing system (data flow diagrams, data dictionaries, and structured English descriptions of processes).

c. Test the system to identify any errors and fix them. Provide it with multiple sets of test data designed to stress the system and observe whether it processes the test data correctly. If not, correct the errors in the system.

Three phases of testing exist namely:
Unit Testing: Test each system unit separately to see that it performs as expected.
Integration Testing: Confirm whether the units operate correctly when combined together into the complete
system
System Testing: Test whether new system works with the rest of the information systems in the organization.

a) Train users to operate the new system. Show them no perform their required tasks with the new system. De
user or procedure manuals which detail the steps should follow.

c) Convert from the old system to the new system. There are four ways to do this;

d) Acceptance testing. After conversion, operate the new system for a specified period of time, carefully observing its operation to see whether it meets its evaluation criteria and there are no problems. At the end of the period, either accept it or reject it.

Maintain the system, correcting errors or bugs appear (initial phase of operation), or to bring it up to do
because of changes in regulation, organization structure, or procedures (middle phase of operation) Finally make changes required due to hardware or software upgrades (later stages of operation) Eventually it will become obsolete because of organizational or hardware/software changes or it will no longer be cost-effective to operate. At this stage, it is time to start the life cycle over again.